Apr, 23, 2009Posted in Uncategorized
My Dog Arwen Ran Away From Home. 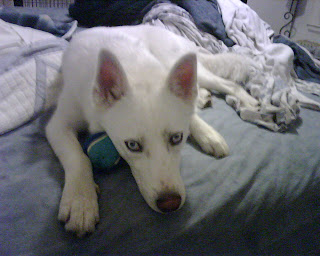 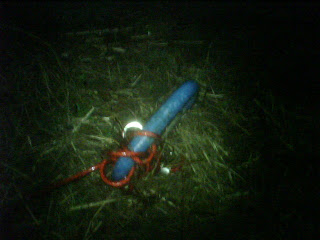 This is the runner that I tied her up on. 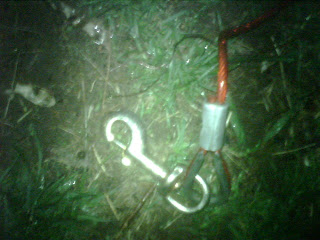 Immediately I panicked, ran into the house and told my wife. We each grabbed a leash and a jar of peanut butter (her favorite snack) and began a long walk over the neighborhood. Up and down streets we went, calling out to her, hoping to see her trotting around is if everything
is ok. After about an hour, we decided we needed to take a different approach. We made the decision to split up: one of us at home, and one of us roaming the streets. I thought it was better for my wife to stay home while I scouted around, because it was probably safer for me to be
scouring around the city at 12am than her.
Anyway, off I went, and for about an hour, I searched the streets of my neighborhood. In desperation, I called the police in the area, and they didn’t have any reports on finding a lost dog. They recommended that I call Animal Control, which was closed, so that was a dead end as well.
And then, at about 12:15am I realized something. I was a Christian after all, and my family were Christians. Why don’t we just, you know, pray. It couldn’t hurt right? I decided to call my
mother (because after all, athat late at night, who else can you call) and ask her to pray. She did, and I continued to search for my dog.
At around 12:30am, I got really desperate, and words started coming out of my mouth that sounded something like this:”God, if you bring back our dog, I’ll do anything you want. Just bring me back our dog.”

People often make this sort of promise to God, and then immediately go back on it once God fulfills his part of the bargain. After all, what is God going to do to you, right? So I utter these words out to God, hoping that maybe he’d hear me, and give me a hand.

I decided that at about 12:45am, I would head home, put on some coffee, and sit outside my house with some peanut butter, hoping that my dog would smell it, get hungry or tired, and then come home. On my way up the street, a police car drives by and slowed down to talk to me. Not suprising really, considering I looked something like this: 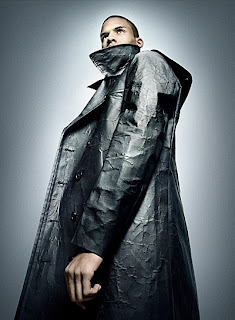